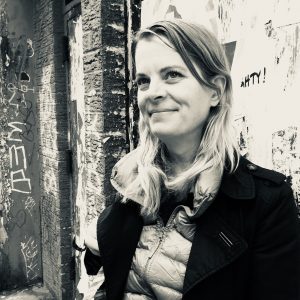 About suffering they were never wrong . . . how well they understood its human position; how it takes place while someone else is eating or opening a window or just walking dully along.
—W. H. Auden, “Musée des Beaux Arts”

Casey Ruble is an Artist in Residence at Fordham University, where she teaches a range of courses and curates exhibitions for the university galleries. She is represented by Foley Gallery in New York and has received grants and fellowships from the Smithsonian Institution, the Warhol Foundation (through the arts residency Parse Nola), the New Jersey Council for the Humanities, and the New Jersey Council on the Arts, among others. Her work and curatorial projects have been reviewed in the New York Times, the New Yorker, Hyperallergic, the Wall Street Journal, and Sculpture Magazine. She has written for Art in America magazine and was an artist contributor to Rebecca Solnit and Rebecca Snedeker’s Unfathomable City: A New Orleans Atlas. Influenced by minimalist literature, true-crime television, and documentary photography of the 1970s, her work focuses on history, memory, place, and violence, often as they pertain to racial inequity.

Ruble received a BA from Smith College and an MFA from Hunter College CUNY. Raised on a ranch in eastern Montana, she currently resides in a New Jersey village overlooking the Delaware River.